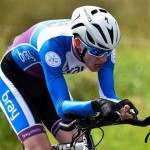 Arcane Cycling Team have moved quickly to strengthen their Road & Track Team for 2017, with promising young Bray rider Sam Gilmore the first of what is expected to be many new signings in the coming months

ACT Coaches believe that Gilmore has a lot of potential , and were delighted when the eighteen year old accepted an offer to join the Team,

Sam lives in the Wicklow mountains , but has shown from an early age that he is equally suited to both the Track and the Road scene.

The 2015 Leinster Track Medallist has had a few seasons marred by Injuries , but showed a return to form on the road this year taking prizes in Mountnugent and Mondello.

He is currently competing in the A League on the Track , and has ambitions to race A1 in Ireland by 2018.